The Voices of Xpress Baseball 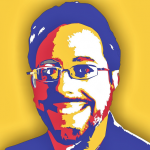 Ben Blecha is a 10-year veteran of the sports scene in Northeast Colorado.  With more than 2100 games under his belt coverage local high schools and Northeastern Junior College, he has been honored for his dedication to the scene being awarded the Colorado High School Coaches Association’s Media Award in 2012, the Logan County Chamber of Commerce Businessperson of the Year in 2010, and is a four-time Colorado Broadcaster’s Association “Best Sportscast” award winner.
Born and raised in Fort Morgan, Ben is a graduate of Fort Morgan High School and Colorado State University – Pueblo.  He also hosts a statewide syndicated radio show, Colorado Corner, covering college sports in the state of Colorado. 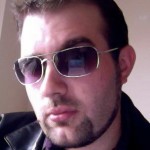 Chris Brom, nicknamed “Bull” by his co-workers, is one of the youngest professional broadcasters in Colorado, but that hasn’t stopped him from showcasing his talent and passion for the industry. A winner of several Colorado Broadcaster’s Association awards, including “Best Afternoon Show” and “Best News/Talk Show Host or Team,” Chris has displayed a valuable versatility as a broadcaster.

As a lifelong Colorado sports fan, Chris has begun to add play-by-play to his repertoire. His dream is to call games for his favorite sport, baseball. Chris is a graduate of Sterling High School and the Ohio Center of Broadcasting.

There are no upcoming events.